I have been fighting an ongoing battle with Apple’s Wireless Keyboards and a tablet of mine, the Google Nexus 10. While the keyboard works with all other Android and Apple devices we have (Nexus 5, Nexus 7 2013, Galaxy Nexus and Apple iPod Touch), it does not work with the Google Nexus 10. I’ve gone as far as to asking for help on SE.

Well, that’s not entirely accurate. The story started with a used Apple Wireless Keyboard I got from eBay. It paired and worked fine; but, some of the keys did not work. So I bought a new one from Apple.com.

It paired and connected just fine; but, the brand spanking new keyboard did not work. The Nexus 10 would not recognize an additional input device (the small “A” symbol in the top left corner of the screen).

As I blogged some time ago, not all Bluetooth devices are made equal. Devices implement the Bluetooth stack differently and sometimes miss an implementation detail.

I highly suspect the Nexus 10 has a flawed Bluetooth implementation, causing this incompatibility.

But what exactly is it incompatible with? It worked fine with the previous Apple keyboard I got used on eBay. It works fine with all other bluetooth keyboards I have tried.

Why this one Apple keyboard I got direct from apple.com?

Atlas only after several trips to some local Apple stores did I stumble onto the issue: there are three versions of the Apple Wireless Keyboard that were sold. I found this out by looking at about a dozen different iMacs they had, from old to new. Surprisingly Apple’s newest store located in NYC, in Grand Central Terminal, is the one that had the largest collection of older iMacs – ones that actually had the 2009 keyboard and even one with the 2007 keyboard.

They are identified by their model years. To take a quote directly from Apple’s support site:

* Apple Wireless Keyboard (2011): Features an aluminum case and uses two AA batteries. You can identify this model by the following icons on the F3 and F4 keys:

* Apple Wireless Keyboard (2009): Features an aluminum case and uses two AA batteries. You can identify this model by the following icons on the F3 and F4 keys:

So, we have three keyboards available to us. After many trials and errors, I can safely say…

Get the 2009 Apple Wireless Keyboard model

You want to focus on the F3 and F4 keys looking like this:

Again, the 2011 keyboard works fine with all other Android devices, even back to Android 4.2 on my Galaxy Nexus. So this is clearly a fault with the Nexus 10’s bluetooth hardware.

But none the less, if you want an Apple Wireless Keyboard to work with your Nexus 10, you better seek out the 2009 model. 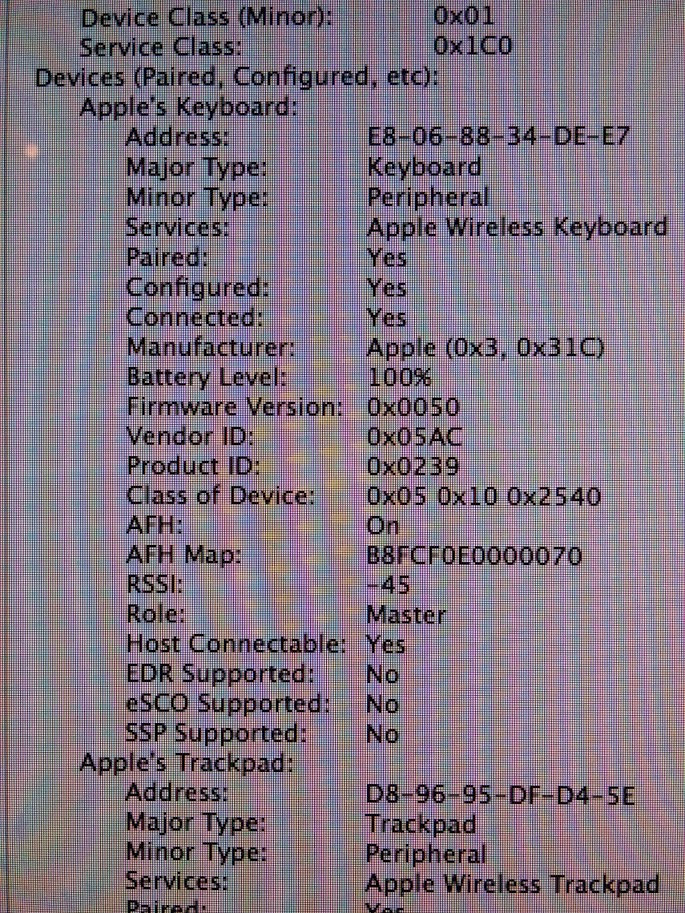 I only mention the firmware because I found a number of posts online where people upgraded their 2009 and 2011 keyboard firmwares to the latest, and lost some functionality. I am not sure if the x50 version of the firmware is the latest. I am only stating the exact version of the 2009 keyboard that worked flawlessly with the Nexus 10.