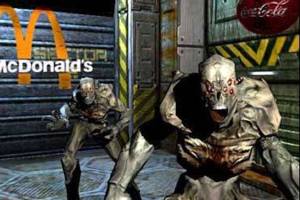 Warning, this is a rant.  A rant against the gaming industry.  I’m going to bash it hard.  EA, turn away as you don’t want to read this.

What’s got me off my rocker tonight?  Advertising within games.

Morgan Webb was just on G4tv’s X-Play bashing the gaming industry for pushing these Intel and Cingular ads on billboards, but the game makers still charge the full price for the game.  She mentioned a few key points.

So, she got me ramped up to night to flame the gaming industry.  Morgan, I completely agree! 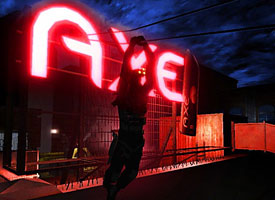 Me?  Oh, I’m the last guy they wanted to piss off.  I’ve paid, absolutely paid for every single game I have ever played.  I was that kid who blew his $20 that his mother game him all in the arcade at the mall.  I was that guy who stayed up all night playing the King Quests (which I beat 2-5 btw, with no cheats).  I was that kid who mowed so many lawns only to buy that game that everyone had.  I’m that guy who plays games without the cheat codes as I want what I paid for.  Currently in my office I have a number of boxes of the last few games I’ve played (counting ‘em, 24).  The latest?  EA’s Battlefield 2142. 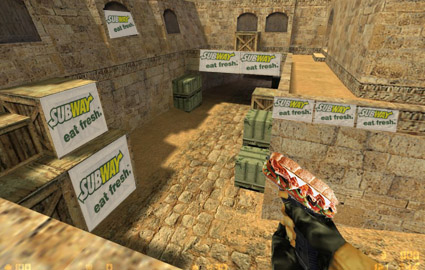 Then there was the scare that IGA was installing some type of spyware with Battlefield 2142.  An EA rep recently informed the industry:

“The advertising program in Battlefield 2142 does not access any files which are not directly related to the game.  It does not capture personal data such as cookies, account login detail, or surfing history.

BF 2142 delivers ads by region.  The advertising system uses a player’s IP address to determine the region of the player, assisting to serve the appropriate ads by region and language.   For instance, a player in Paris might be presented with ads in French.  The information collected will not be repurposed for other uses.

Battlefield 2142 also tracks ‘impression data’ related to in-game advertisements: location of a billboard in the game, brand advertised, duration of advertisement impression, etc. This information is used to help advertisers qualify the reach of a given advertisement.”

Bandwidth.  Most online gamers these days are on broadband.  We all strive for the absolute lowest ping to the server.  Well, these ads eat up a small chunk of internet bandwidth from your computer.  While the bandwidth usually isn’t the issue, it’s the ping response time that is hindered.

The point Morgan and I are trying to make is if you are advertising in the game - GIVE US A FREAKIN BREAK ON THE PRICES!  Don’t charge full price for the game.  Don’t charge us for Xbox Live.

There’s a flip side to this story though.  Game developers are overworked and mostly underpaid for their skill level.  Looking at Wikipedia’s definition of in-game advertising, it looks to be quite profitable ($56 mil last year and an estimated $1.8 billion by 2010).  One might think that this is a great way to drive more revenue to up the salaries of EA’s developers.  Yeah right.  If that ever happens, you game developers let me know when your salaries double (aka come back into normal pay scales that match the rest of the industry). 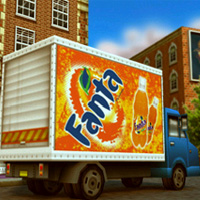 Oh and Morgan, I

Edit: This post was originally written on December 14th, 2006.